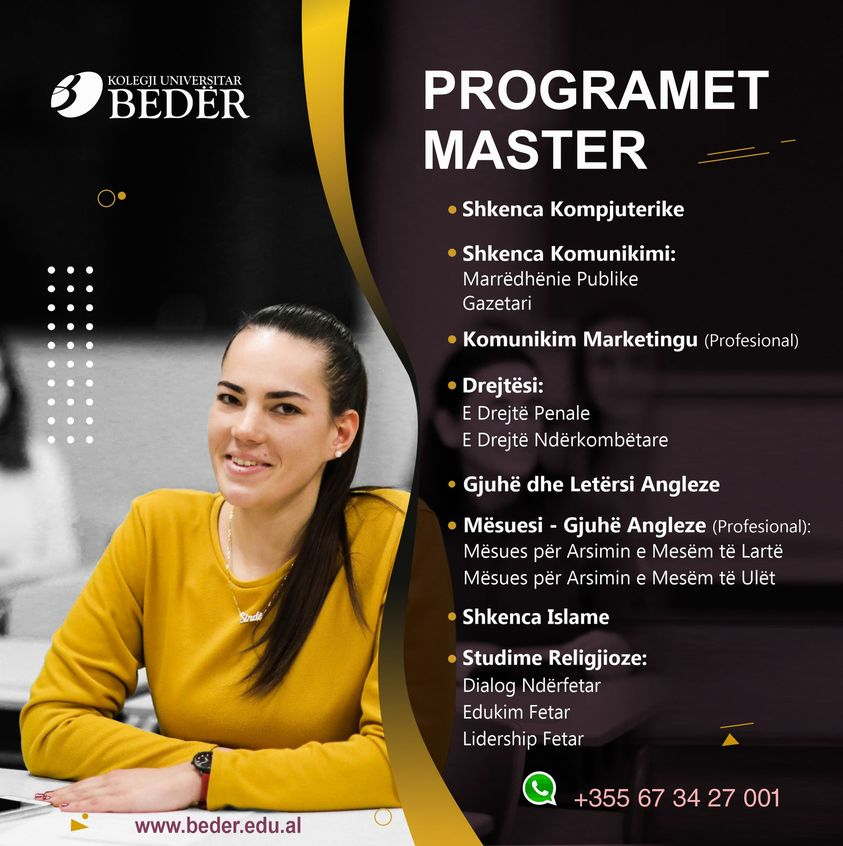 Mr. Alush Kola, an Albanian-American lawyer, was the next guest of the "Brownbag Seminars" cycle, organized by the Department of Justice at Univesity Collage Bedër. Alushi, director of the law office "Al Kola", had a conversation with law students about the topic of "US lawyer's profession challenge".
"The profession of lawyer is an honorable profession and very important to people, as the lawyer gives hope to all clients who are directed to moments that face different conflicts or violations," said Mr. Kola.
Among other things, he explained his experience as a lawyer, giving concrete examples of issues he has been advocating before the US courts, familiarizing students in practice with the differences that exist between the "Civil Law" systems, where our country is part, and "Common Law ". Mr. Kola conveyed important advice and messages to the students so that they could consider them in the future when practicing the profession of lawyer or other professions.
The conversation with the students continued in the form of question-answers, where Mr. Alush Kola analyzed the areas in which students showed interest.